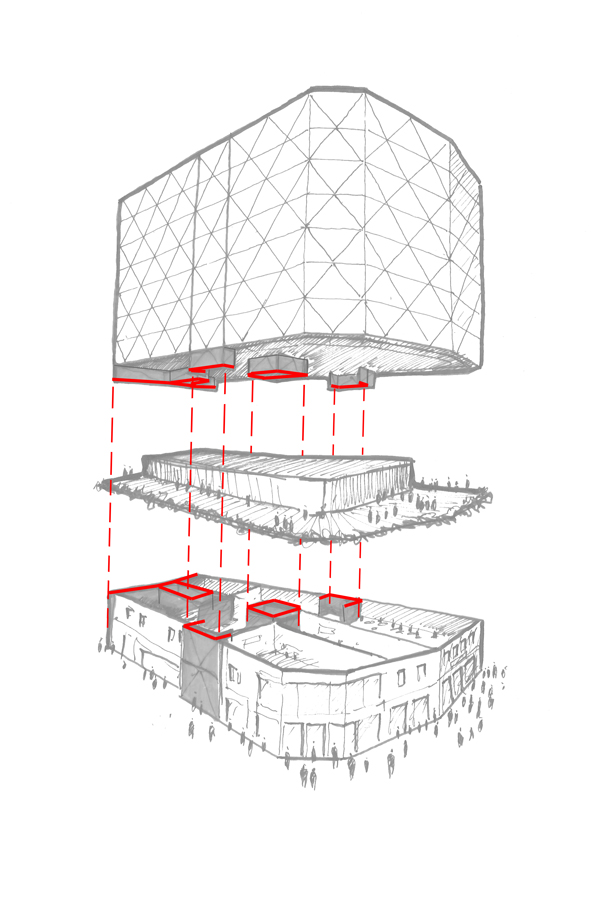 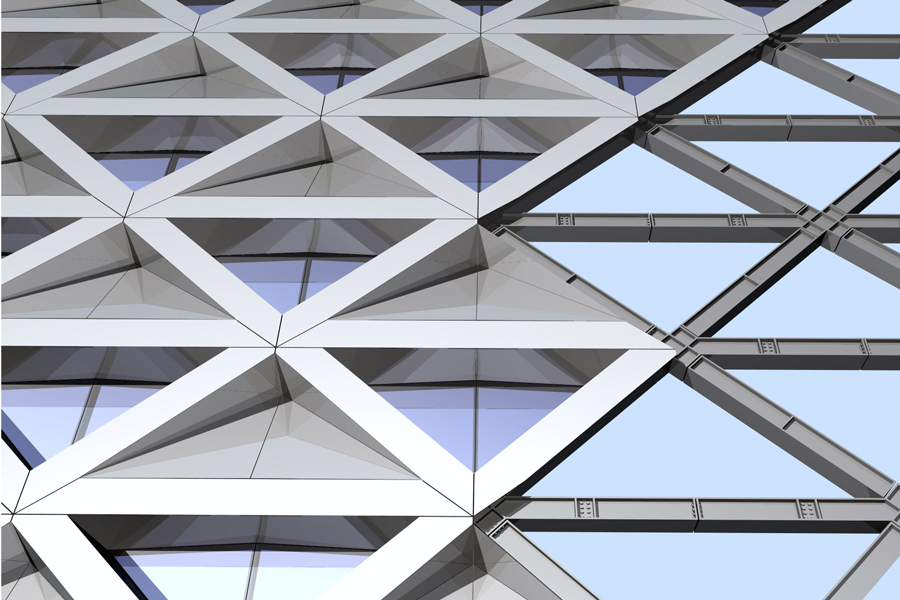 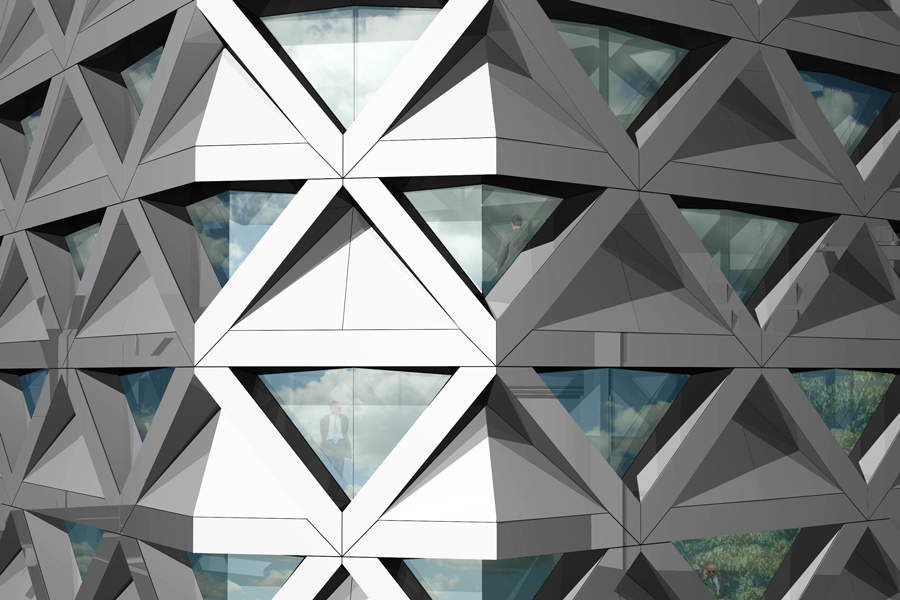 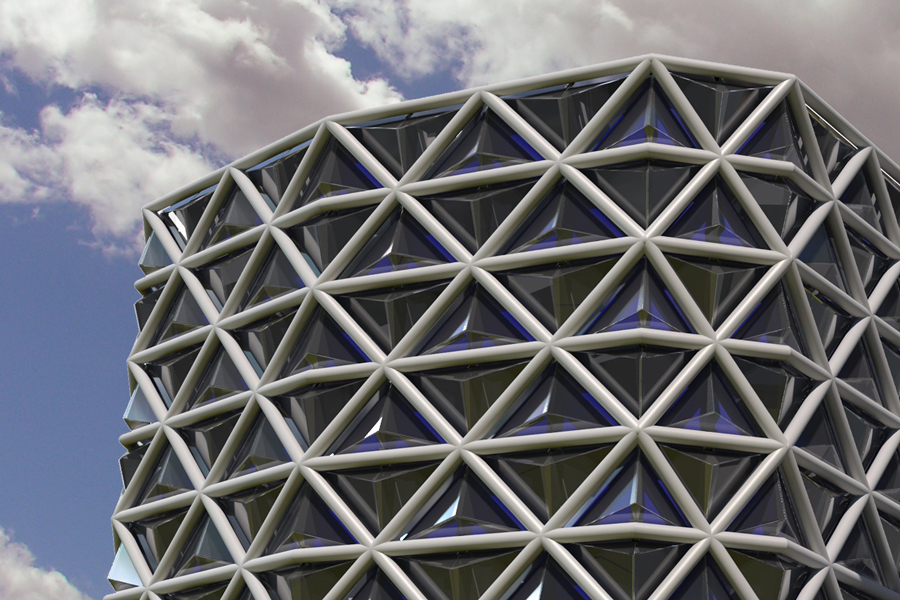 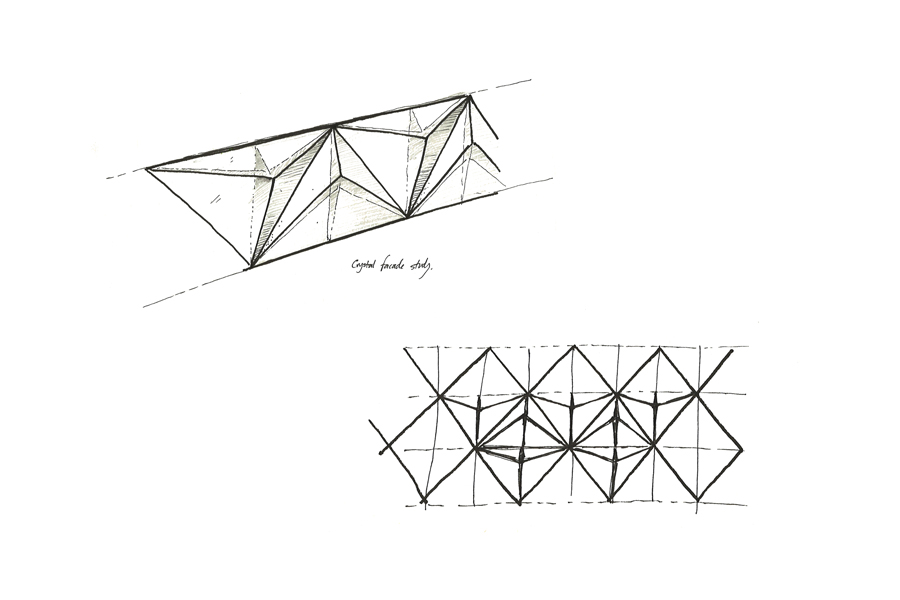 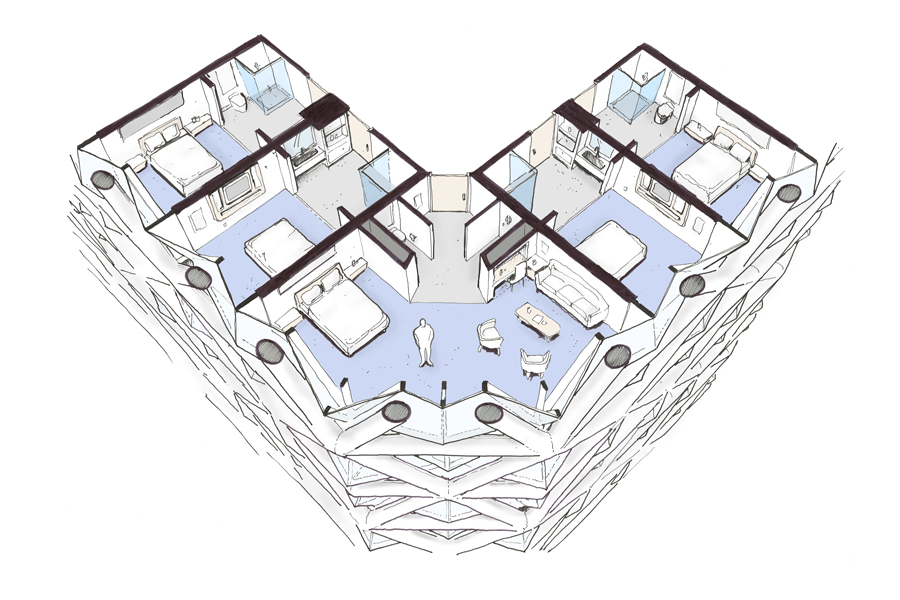 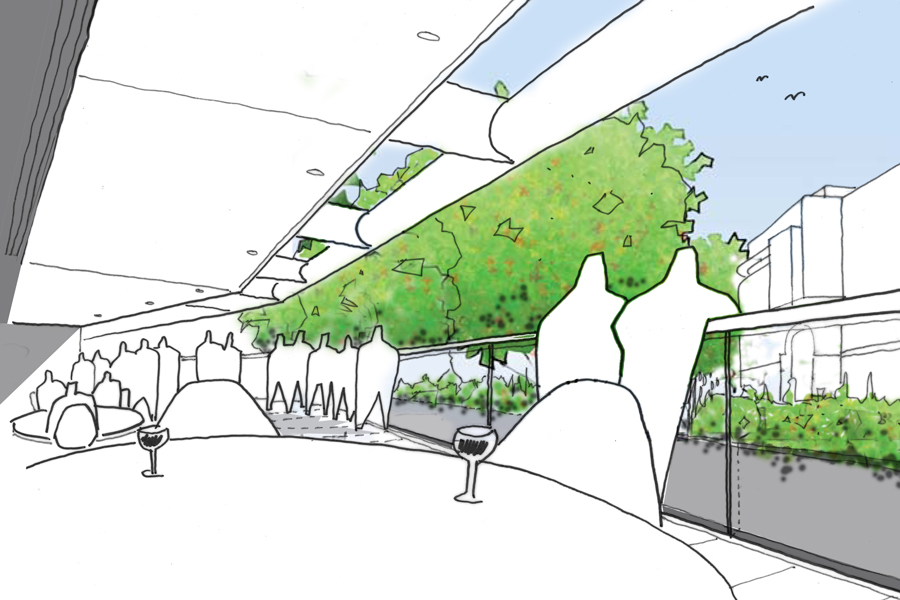 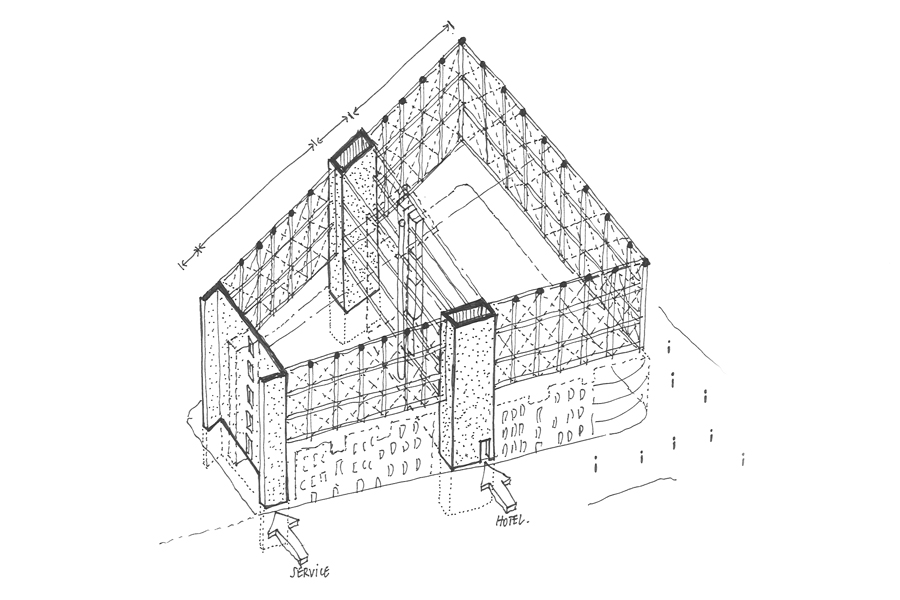 Hotel in London, England at Feasibility Study stage in 2013

This proposal is for a 300 bedroom, air-rights hotel on a very high profile site in the heart of the West End of London.

The proposal cantilevers above the highly profitable restaurants and bars at ground and first floor level so that they can remain almost fully operational for the duration of the construction works.

The entrance to the hotel is placed to the rear of the site from where a freestanding tower of fully glazed scenic lifts act as a marker for the scheme on the skyline while offering spectacular views of the surrounding cityscape.

As the height of the scheme is constrained by protected views of the Palace of Westminster, the building services infrastructure for the new and retained elements of the scheme are contained in a central sunken well on the top floor of the hotel with vertical services distribution co-ordinated with the unique stability core structure which supports the front end of the hotel.